A new school year is already underway at most universities, but that doesn’t mean that the hysteria is any less over certain subjects. Indeed, many people are concerned about what major they’re going to take, and how much it’s going to impact their future plans. Nobody wants to spend all that money on a college degree only to end up without any type of future prospects. There are multiple issues packed into this topic, and we aren’t going to try to cover them all in one article.

But to all students that are worried about how much their major is going to affect them, we have one word for you: relax. Try not to freak out about all of the little things. Don’t worry that you’re not moving forward as quickly as other people. Maybe your major takes a little more time. There’s nothing wrong with an extra year of school because you wanted to add another concentration. But honestly, you’re better off getting out of college as quickly as possible, so that you can take on the real world faster. 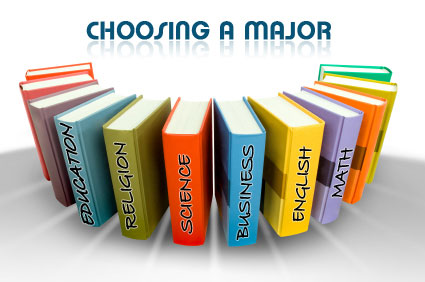 The best jobs don’t just go to anyone with a degree; they go to people that are ready and willing to fight hard for what they want at all times. You just have to make sure that you’re always looking at the best road ahead of you. Most students get a degree and just pray the jobs will come to them. Unfortunately, unless you’ve already made connections the jobs just aren’t going to be there. The degree does get you noticed because it takes effort, but it’s best to reach out to anyone that’s going to help you get established in your future career.

Majors do matter in terms of concentrating on one thing, and finishing it. The last thing you want to do is spend 7 years in college hopping from one thing to the next. That would be a very bad idea. If you can, try to find what type of work you want to do, and use the degree as a sign that you can focus. You may do well just positioning yourself during the interview phase.

It’s already hard enough to get through your classes; you might as well try to de-stress as much as possible. Good luck, and remember: if you’re not happy with your major, you probably won’t finish it!