A degree is connected to our careers, but that’s not the only reason to pursue a degree at all. We want to extol the virtues of learning for the sake of learning, but because there is a heavy cost associated with getting your degree, it makes sense that people are stepping back to really think about whether or not they should actually take on this degree or if they should transition back to a job as soon as possible. The road ahead depends on your specific goals, but we’ll get to that in a minute.

Our official stance is this: if you want to go to graduate school, you should definitely do it. The collegiate environment is incredible in terms of networking, because everyone knows that’s what you’re there for. It’s a chance to give value and receive value in return. You’ll make new friends, expand your influences, and get to learn things that you might have to spend countless hours chasing your tail otherwise to learn. A good professor uses their experience to change and expand your world, and there are plenty of great ones out there. 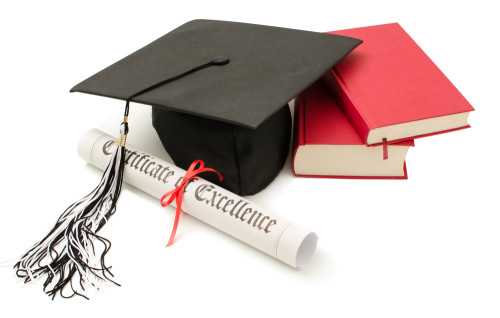 But what if you’re worried about delaying your career? Is a graduate degree right for you, when the job market is so competitive? The truth of the matter is simple. If you can prove that the graduate degree is valuable to your employer, then it won’t be an issue. The worst thing that you want to do is make it look like you purposefully stayed out of the working world in order to have a “vacation” at university. That’s the wrong reason to get a degree, because it sets you up for some really lazy habits. Employers want you at the top of your game, not struggling to keep up.

Is it possible to look overqualified when you have a graduate degree? Absolutely. You’re better off making sure that the expanded education plan fits the industry that you’re going into. For example, if you’re working in software engineering, you don’t necessarily have to have a graduate degree. It can open some big doors, but you don’t have to have it in order to get started. In the case of information technology, it’s just as important to produce something of value while you’re enrolled at college than it is to walk out with a graduate degree. If you don’t abide by this advice, you could get pushed out of the way by students that have created interesting apps that they can put on a resume. What can you bring to the table that will wow an interviewer enough to make a recommendation to hire you? That’s what’s going to make the difference in the long run.

We have plenty of friends that have completed their graduate degrees and some that have even gone on to pursue their terminal degree as well. Only you can decide what a degree is worth to you. Some people complete their master’s degree simply because they have always dreamed about it.

Is it enough to dream of a degree? Not at all. You need to know going in that graduate studies is a lot different than getting a four year degree. You will be expected to be able to write essays without complaint and handle other issues without complaint as well. You’ll be expected to fully participate, which means being able to formulate a well rounded response to any and all questions asked in class. Your professors are looking at you closely, because you’ll often need them to write you recommendations later on. If you’re someone that barely shows up to class, what type of first impression do you think that makes?

The road ahead is as clear or as complicated as you choose to make it. If you’re stuck on what to do next, try talking to someone that has already graduated and is doing what you want to do. While some guides argue that your first stop should be with a counselor at the school, they are obviously going to push the benefits of their program. That’s their job, because without enrollments being steady they’re definitely out of a job. Take care!