The “rules” on education are definitely changing, in ways that might surprise you. You see, it’s not about just picking a major, you need to be picking out a career at the same time. Sure, there are some that still think that your major doesn’t matter since students will naturally change it anyway. You need to be aware of something — it’s not about your major per se. It’s about all of the opportunities afforded to you by staying in that major and making the most of it. If you’re not going to network with other students or their professors, then you definitely need to make sure that you’re looking at the bigger picture from start to finish. You can’t get too far in life if you’re not thinking about the little things. The decisions you make in college are going to determine a lot of paths that you take in the months and years to come. If you don’t get consistent with a major, you may end up having to take in school longer than you anticipated. That’s taking money from your future income. It’s already hard enough to survive on one income, do you really want to delay yourself in any way?

The time is right to make sure that you are looking at virtually everything and anything connected to your success in college. If you’re not thinking about your major, how do you expect to actually have a career that’s worth enjoying? If you take everything as if it’s going to be done at the last minute, then last minute results are all that you have to look forward to. 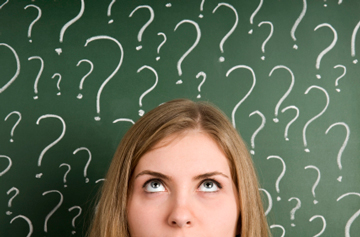 It’s better to see things in a different light — you can always step up and look at what major is really going to give you the most options. If this sounds too “manipulative”, here’s a new truth: the world out there is getting colder. Recession is affecting new graduates that don’t have any strategy other than just waving around their degrees. There’s a lot of talented candidates in the pool now, and they’ve done things to stand out. Part of the process is having the right foundation. We’re not saying that college defines everything, but why not make sure that you have your ducks in a row anyway?

Yes, we know that there are some people out there that want to take a more romantic view of college. The reality here is that they just can’t. They’re going to want to just “follow their heart”. And you know what? We’re not against that. If you want to follow your passion even if it doesn’t make you a lot of money, you can feel free to do that. We never want anyone to feel like their dreams don’t matter. However, you do need to think carefully about the type of road that you’re really walking down. Even if you’re not too big on money, you have to admit that money can help you achieve things that you can’t get otherwise. It is very difficult to purchase a dream home for your family without money. Working hard is not enough — you need to have set goals and follow them. Even if other people disagree with those goals, they belong to you.

Picking the right major is the same thing. If you’re really fascinated with a career, why not try to make some networking connections starting out. Don’t try to wait until senior year of college where you don’t really have any wiggle room. Get yourself moving in the right direction by asking questions ahead of time. Then you can take the information you receive and put it to good use picking a major that you’ll like. Good luck!